For more than 18 years, management trainer and executive coach Daniel F. Pinnow has been developing and strengthening experienced executives, entrepreneurs, board members, directors and business unit leaders on their personal and professional journey.

His seminars are primarily aimed at experienced executives who have overall responsibility for a company or business area.

The systemic leadership approach has been initiated by him since 1997 in the German-speaking area and has been a major influence for 20 years.

Pinnow sees leadership as a holistic phenomenon, while at the same time directing one’s gaze to an authoritative size, which in other approaches remains a blind spot in the eye of the beholder: the personality of the leader himself

For Pinnow, every leader is part of a complex, ever-changing system that a leader can never control but can control. Together with the executive, Pinnow examines the respective system, makes it comprehensible and helps the leader, first and foremost, to recognize and lead himself in this system.

Successful learning and development mainly takes place through reflection, observation and the experience of one’s own person as well as in exchange and contact with the other seminar participants. The participants deal with the appropriate leadership behavior. For your current and future leadership tasks, you will develop harmonious individual behaviors, gain in-depth knowledge of your own personality structure as well as suitable instruments, and receive specific assistance in optimizing your leadership skills.

The systemic trainer and coach trained by Prof. Peter Müller-Egloff uses his many years of (> 20 years) top management experience as CEO of Cognos AG and managing director of the Academy for Managers GmbH as well as HR manager in international groups such as the Airbus Group and e.on Ruhrgas AG in conjunction with scientific knowledge from his role as Associate Professor of Leadership at the Capital University of Economics and Business in Beijing, as well as lecturer in Human Resource Management and Human Resources Management at the Technical University of Munich. And his know-how as a management and organization researcher and renowned author, whose books have been published as multiple standard works, which have also been published and honored internationally in the USA, Canada, UK and China.

The following open seminars and executive coaching sessions can be booked with Daniel F. Pinnow:

Feedback of my customers 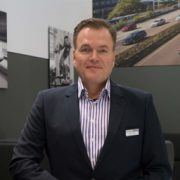 “I can recommend the seminar” Leadership for Decision-Makers (Top-Leader 1) “with great conviction. The interaction with colleagues became easier and more successful, and even in private I was able to synchronize self- and external image. ” 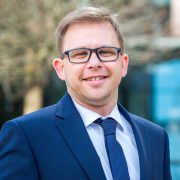 “I can only recommend this seminar to all managers who are interested in getting to know new leadership systems and looking inward!” 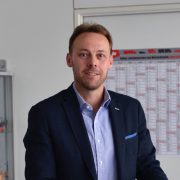 “I can rate my individual leadership coaching with Mr. Pinnow as a complete success (both personally and as a leader), which is why in my view, I can only recommend working with the dp Academy and with Mr. Pinnow!” 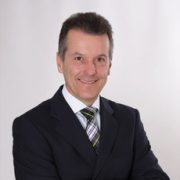 “Only for executives who really want to tackle their issues and can tolerate clear feedback – exceptional – definitely recommended!”

Why systemic leadership? – Development from Manager to Leader!

Globalization, Digitization, Industry 4.0 – The current highly dynamic development of entrepreneurial environments offers risks and opportunities – triggers fears, but also opens the door to visions that, when implemented with the right team, can become groundbreaking success stories.

Amazon, Google, Facebook, Apple, Microsoft? – All started once as a daring, little idea in a single brain.

Her company is also full of promising ideas. You just have to recover it. Where ? From the brains of your employees.

Why is that so difficult? Because traditional leadership counteracts!

Classical leadership is based on the unspoken paradigm: who is allowed to give instructions knows more. In practice, it quickly becomes clear that those who are allowed to give instructions do not have to listen. Does not have time to listen. Must have an answer to everything. Of course, immediately. An assumption that not only exerts pressure, undermines motivation, makes the topic of ‘decision-making’ in executive training a perennial favorite, but generally also leads to suboptimal results. Because information from subordinate value creation stages can not be included in the decision-making process.

Therefore: creativity can not be ordered – systemic leadership is leadership at eye level!

Especially in times of rapid changes, high optimization requirements and interdisciplinary networking, it is crucial for success whether executives can use the full potential of group intelligence that is available to them in the pool of their employees. Not only do they have to learn to ask the right questions and to listen in the right way, but also frequently overhaul their self-image as a leader.

Feedback bottom up – Ready for a deep look in the mirror?

In the long term success is less successful today, who diligently orders, strictly controls and pushes in the sense of increasing efficiency, but the leader, who sees himself rather as a smart conductor who knows his talents, enjoys their trust, gives them appropriate scope, in the right places tactfully sets impulses and artfully integrates the entire interaction of the teams.
This requires not only the skilful formation of relationships beyond command, discipline and obedience, but also the mastery of sophisticated communicative techniques and ego competencies:

Do you know how you work – on colleagues and employees?
Do your employees trust you – and how do you know that?
Do you know what motivates your employees – and can you effectively integrate this motivation?
Do you know your own goals – and do your leadership tools match your goals?
In our training executives are intensively concerned with their own impact. Personality development is always part of it. Charisma is sought. 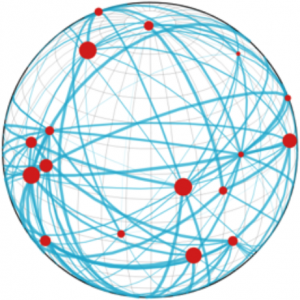 Systemic leadership is based on the findings of systems theory, which deals with mechanisms of action of social systems. Based on decades of research, it develops tools that can be used to constructively influence social systems. Simple principles on which cause-and-effect many traditional leadership tools still rest are grounded in a mechanistic view of reality. People are thought of as interlocking gears, which are set by instruction so that the entire system runs lubricated like a clockwork. System theory shows that monocausal thinking does not do justice to complex social systems.

Systemic leadership thinks influencers more along networks. In bundles of causes, there may be heavier ones. However, these are often not recognizable at first glance. Solution finding does not always require finding a cause. And because social systems are net-like, they can not be controlled directly. Systemic leadership means developing the skill, putting the right impulses in the right places. And consciously incorporate the principles of self-organization.

The biggest enemy of innovation is the fear of change. In times when change is a constant, uncertainty is a normal condition. People are looking for a stop and hold on to the best then just when new ideas and willingness to change are urgently needed. 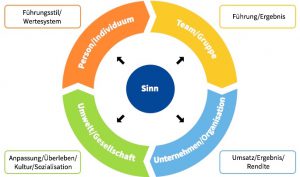 In such times, it takes more than the manager who perfects processes and optimizes processes. It takes the leader who breaks the barriers to thinking, recognizes the potential of daring ideas, transforms fears of the future into visions and gives meaning and security.

He can because he knows everything in the system is needed for the success of the company. System theory provides the basics for reading complexity, navigating in stormy and uncertain waters, developing one’s own charisma and building relationships characterized by openness and trust.

The answer to the challenges and developments of the 21st century is systemic leadership. It gives you the tools to lift the innovative potential in your teams and to steer your company on the road to success with extraordinary ideas.